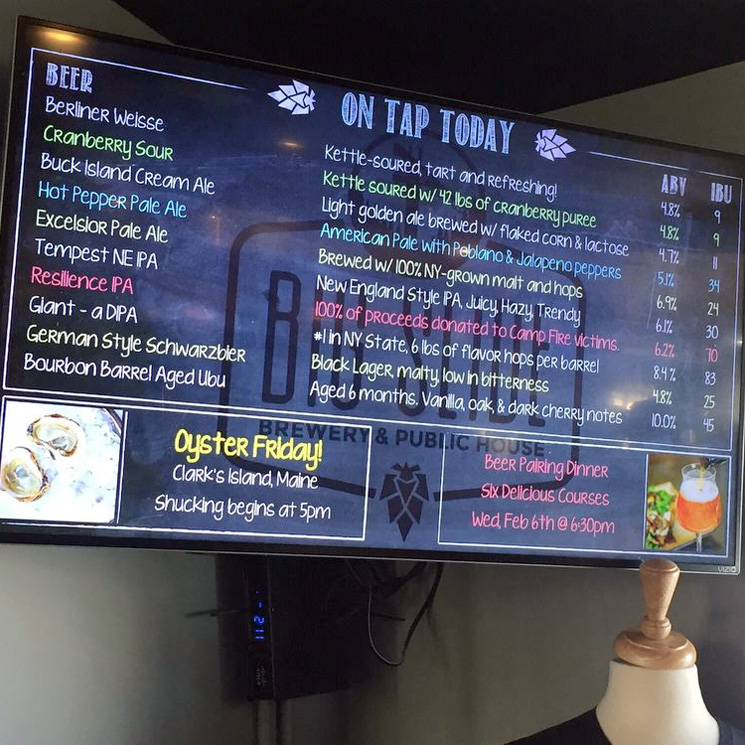 Chris, the owner of the Big Slide Brewery & Public House in Lake Placid got in touch with us after a meeting with his friend Dan. Dan showed him the digital beer boards we did for his pub, the Pony Bar UES in New York City. Chris was looking for two tap list boards with an authentic chalkboard look showing the same content for his brewery.

We came up with a design solution showing a tap list of 10 craft beers as well as two areas used for upcoming events and daily food specials which included the ability to upload pictures to the digital chalkboards. Chris and his staff can easily and and on the fly update chalkboard content on two screens in different areas of the brewery at the same time showing the same content.

In April 2017 Chris contacted us about adding "Events" and "Featured Suppliers", which he wanted to show in rotation with the tap list. We created two custom designs with different background tints to set it appart from the black chalkboard background of the existing tap list.

Boards are great! We would certainly give you all two big thumbs up. Thanks. 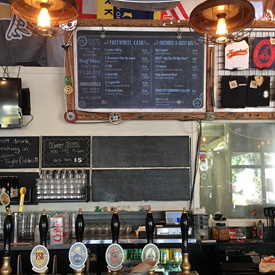